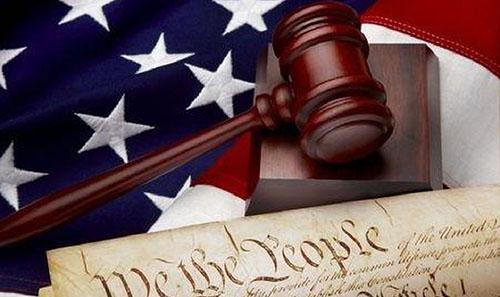 In accordance with section 170.013 RSMo, any student pursuing an associate’s or bachelor’s degree “shall successfully pass an examination on the provisions and principles of American civics with a score of seventy percent or greater as a condition of graduation from such institution. The examination shall be known as the “Missouri Higher Education Civics Achievement Examination”.

How has Missouri Western included the civics requirement into the associate and baccalaureate degrees?

A degree requirement has been added to the list of general requirements for associate and baccalaureate degrees.

Who is required to take the Missouri Higher Education Civics Achievement Examination?

Beginning in Fall 2019, all students who officially declare a major (by signing a major declaration form with their advisor) must meet this degree requirement.

How can the civics degree requirement be met at Missouri Western?

Missouri Western will automatically enroll all degree-seeking students who need the exam in the Missouri Higher Education Civics Achievement Examination course in Canvas (free of charge) during their first semester. This course will remain in the student’s Canvas course list until the end of the semester in which the student successfully completes the exam.

Do transfer students need to meet the civics requirement?

Is this the same as the Missouri Constitution degree requirement?

How will I know if I have successfully passed the exam?